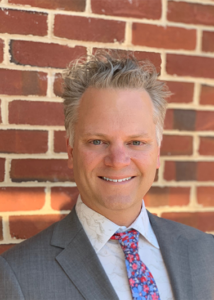 Previously, Chad served as Artistic Director and Co-Director for the International Festival of Arts & Ideas in New Haven, Conn., where he was responsible for providing the overall artistic vision for the Festival while conceiving, developing, and implementing artistic and humanities events, both during the 16-day Festival in June, and as part of the Festival’s year-round portfolio of performances, residencies, special events, and community activities. In his first year, the Festival saw an increase of 7% Connecticut-based visitors and 4% out-of-state visitors, with total attendance of over 105,000 people. As part of the leadership team, Chad oversaw and maintained the Festival’s programming, community engagement, and marketing divisions, and provided strategic direction and planning, financial oversight, and fundraising support for the organization.

Prior to joining the Festival, Chad served as Director of the Performing Arts and curator of the College’s performance series at Juniata College in Huntingdon, PA. He was also responsible for overseeing the music and theatre art departments, teaching and advising students, serving as the primary fundraiser for the visual and performing arts at the College, and leading the design and construction of the Halbritter Center for the Performing Arts. During his tenure at Juniata participation in the arts at Juniata grew by over 600% by elevating the arts as a means of teaching and learning, integrating arts and culture into all aspects of campus life. Previously at Juniata College, Chad served as Director of Alumni Relations and Volunteer Development, Director of Conferences and Events, and Assistant Director of Major Gifts.

Chad has served on the boards of Big Brother Big Sisters Huntingdon County, Citizens for the Arts in Pennsylvania, FOCUS Dance, Gotham Arts Exchange, Huntingdon Arts Festival, the Huntingdon County Arts Council, North American Performing Arts Managers and Agents, Pennsylvania Presenters, and Penn State Public Media. When not seeking out the latest technology trends, he investigates and implements audience and community development techniques by telling stories through creating, curating, and advocating art. Chad created and developed articulture, a community supported arts program; served as an executive producer on the feature film Spell; and is the original producer of One Radio Host, Two Dancers: Ira Glass, Monica Bill Barnes, and Anna Bass in concert. He is a frequent speaker and panelist as well as invited international delegate to numerous arts and culture forums including Americans for the Arts National Arts Marketing Project, Association of Performing Arts Presenters, danceNYC, EMC2, the Edinburgh Festival, Mid Atlantic Arts Foundation, National Endowment for the Arts, New England Foundation for the Arts, Pennsylvania Council on the Arts, and South by Southwest.

Chad holds a Masters of Fine Arts in Interdisciplinary Arts from Goddard College and a Bachelor of Arts in Arts Administration and Communication from Juniata College.