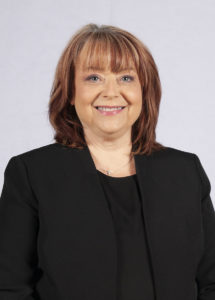 Prior to Arizona, Weist was the Director of Choral Activities at Washington State University for 29 years while also serving in many leadership roles including associate dean of the Washington State University Graduate School, associate dean of the College of Arts and Sciences, interim chair of the Department of Fine Arts, and interim chair of the Department of Foreign Languages and Cultures in addition to coordinating the university’s Individual Interdisciplinary Doctoral Program. As conductor of the WSU Madrigal Singers and Concert Choir, she led her ensembles on multiple invited international performance tours to South Korea, Russia, Italy, Czech Republic, Austria, Germany, and Hungary and was the recipient of a generous grant from the National Endowment for the Arts which led to a performance at Lincoln Center in New York City.

Active as an adjudicator, clinician, and guest conductor, she has presented clinics to choral educators and students and led honor choirs and All-State choirs nationally and internationally. Professionally, she served as the organizer of the American Choral Directors Association Choral Conducting Awards and Choral Conversations presentations while holding the office of National Chair of ACDA Youth and Student Activities, and was the editor of the Student Times section of the official journal of ACDA, all of which focused on the importance of student members, both undergraduate and graduate, within the organization.

Recognized for her teaching, creative activity and leadership in her previous position at Washington State University and in her professional choral conducting association, Lori is the recipient of the university’s Sahlin Faculty Excellence Award for Leadership, Excellence in Institutional Service Award for the College of Arts and Sciences, American Choral Directors Association Leadership and Service Award, the Mullen Excellence in Teaching Award, and the Dean’s Distinguished Faculty Contribution Award in the College of Liberal Arts.