Tilghman H. Moyer IV will assume the role of Executive Director of Development for Arizona Arts, beginning on March 29.

In this newly created role, Moyer will be charged with building a philanthropy team for the division, as well as crafting, executing and leading a fundraising initiative to support the Arts Master Plan, which was approved by University leadership last year. The plan raises the profile of the arts on campus, while addressing long-term needs: improving facilities and revitalizing the Arts District as a unique gateway to the campus. 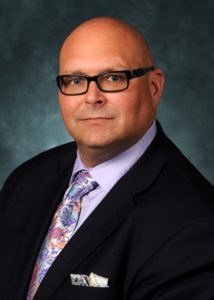 Moyer comes to Arizona Arts following his service as the Vice President, Development at the University of Arizona Foundation. He was responsible for the overall management of nine College and unit based fundraising programs – Arizona Arts, Arizona Public Media, College of Architecture, Planning and Landscape Architecture, College of Humanities, College of Education, College of Agriculture and Life Science, the Wyant College of Optical Sciences, the College of Science and the 360i initiative.

At Temple University, Moyer served as Senior Associate Vice President, managing all fundraising activities for 14 of the university’s schools and colleges as well as athletics and libraries. In addition, he managed the annual giving, corporate and foundation relations, gift planning and central leadership giving operations.  Tilghman also served as Interim Senior Vice President for Institution Advancement from 2009-2010 and again from 2012-2014.  Under his direction, the University recorded the two highest levels of annual support in the history of Temple.

Prior to Temple University, he worked at Muhlenberg College in Allentown, Pennsylvania for nearly 15 years.  The last seven years of his tenure at Muhlenberg, he served as Vice President for Development and Alumni Relations.  At Muhlenberg, he was responsible for the implementation and coordination of all fundraising and alumni relations activity and led the largest comprehensive campaign in the college’s history.

Moyer received his B.A. from Penn State University and earned his M.A. in Philanthropy and Development from Saint Mary’s University of Minnesota.