Charlie Snyder is the chief storyteller for Arizona Arts and the College of Fine Arts at the University of Arizona, serving as the Director of Public Relations, Marketing & Communications since April 2019. 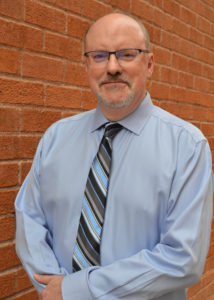 Prior to Arizona Arts, Snyder led the marketing and communications efforts for the Colorado Springs Fine Arts Center for six years. The historic FAC was one of the very first multidisciplinary arts facilities in the nation, featuring an art museum, performing arts theatre and school.

Outside of the arts world, Snyder had a successful career in the U.S. Olympic Movement, serving on the official U.S. Delegation at seven Olympic Games as a media liaison and content creator. He produced the Team USA website and newsletter — which was named “Best in the Nation” — for the U.S. Olympic and Paralympic Committee. He also created and edited the award-winning magazine Splash! (circ. 400,000) for USA Swimming.

As Director of Communications and Creative Services at USA Volleyball, Snyder strategically expanded the department’s vision, which led to an astounding increase in fan following and engagement. The organization’s Facebook following grew from 65,000 to 650,000, Instagram went from zero to 500,000, and annual web traffic from 1.5M to 4.7M visitors in four years.